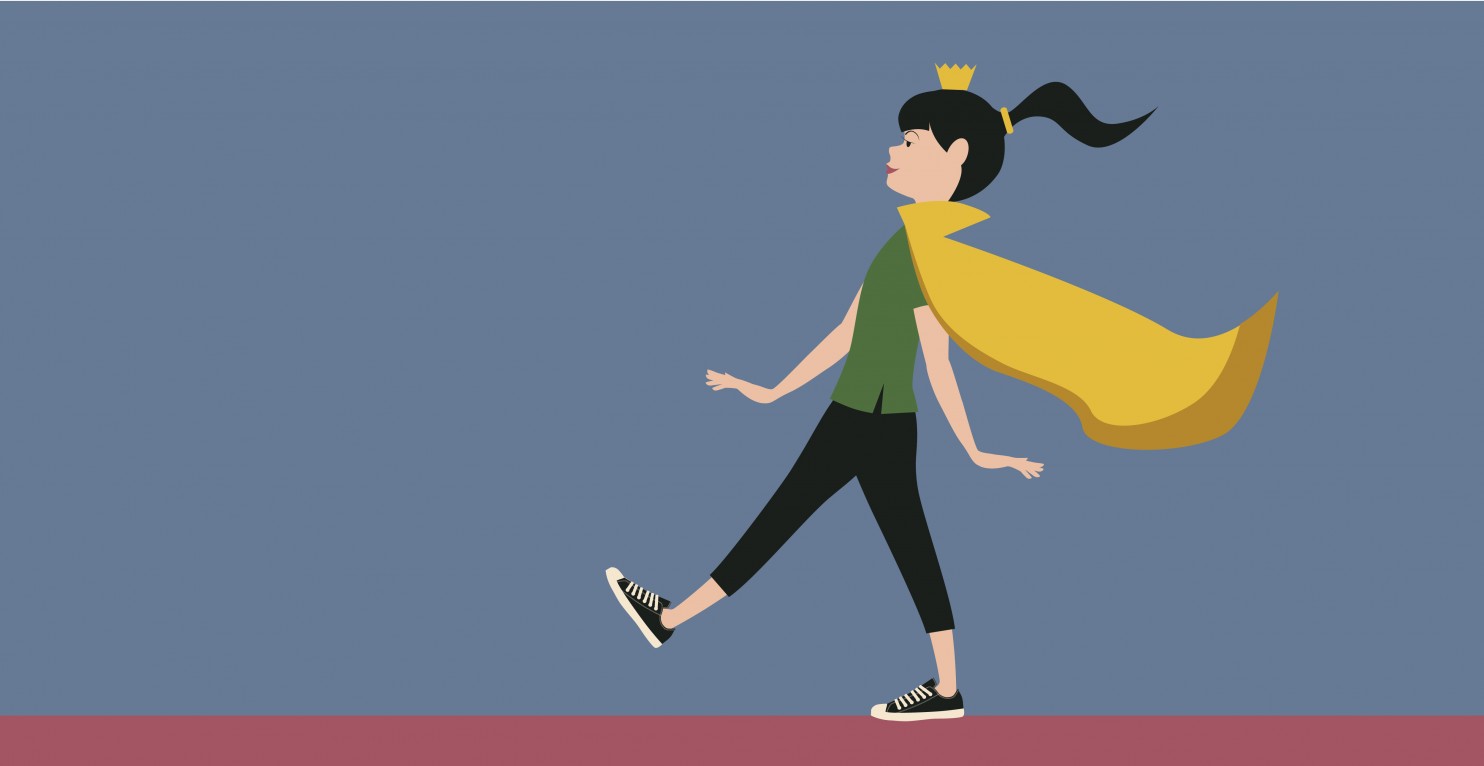 Maybe it was that time you took the kids to the amusement park, and on the way home — their adorable faces still sticky from the slushies you’d sprung for, their little wrists adorned with pricey full-day passes — they asked to stop for ice cream. You declined, and they yelled, “We never get to do anything!”

Or the time you asked them to dust the living room after you had vacuumed the house, cleaned the bathroom, mowed the lawn and shopped for groceries, and they wailed, “Do we have to do everything?”

Readers Note: I didn’t write this, but I think from time to time I’d like to keep a history of articles that are well written with solid experience & advice that I’m implementing with my kids. I take no credit, this is written by Karen Weese in the Washington Post here.

Nearly all of us have bang-our-head-against-the-wall stories about our kids acting entitled. We’ve tried what feels like everything to stop it, and we still feel as if we’re not quite getting it right.

But there’s a young and fascinating field of research called behavioral economics that explores the sometimes irrational ways we all make decisions and think about the world. Maybe if we understand a little more about the instinctive, irrational quirks of our kids’ minds, we’ll be better equipped to raise kinder, less-entitled kids.

Richard Weissbourd, a Harvard psychologist with the graduate school of education, and the Making Caring Common Project have come up with recommendations about how to raise children to become caring, respectful and responsible adults. (The Washington Post)

‘My excuses are totally legit’

The cobalt-blue sports car roars up beside me, swerves into my lane, then races ahead. “Seriously?” I grumble. “Idiot!”

Just then, he hangs a quick left, right by a big sign that says, “Hospital Emergency Room Entrance.”

When someone cuts us off in traffic, shows up late or otherwise offends us, we often reflexively attribute it to an intrinsic characteristic of the person, yet when we inconvenience others, we generally blame outside forces (e.g., he was in my blind spot). This Scrooge-like tendency is so universal that behavioral scientists have a name for it: the fundamental attribution error.

How can parents use an awareness of this tendency to their benefit? The next time we’re at a restaurant and the kids are moaning, “Where is our food? This waitress is terrible!” we can point out that maybe the kitchen is backed up and she’s doing her best. Maybe she’s covering extra tables for someone who called in sick, or this is her second job and she’s been up since 4 a.m.

“Just talking about ‘How do you think that person is feeling?’ is so important,” says Amy McCready, a mother of two and author of “The ‘Me, Me, Me’ Epidemic: A Step-by-Step Guide to Raising Capable, Grateful Kids in an Over-Entitled World.” “It’s a way of un-centering our kids’ universe and getting them thinking outside of themselves.”

The curse of the chocolate-chip pancakes

It’s Saturday morning and you’ve just set fresh pancakes on the table. Your sweet kids take a bite and then stop chewing. “No chocolate chips?!” they say, affronted.

Behavioral research shows that humans can become acclimated to almost anything if they’re exposed to it frequently. It’s called “hedonic adaptation,” and it’s why Justin Bieber is always buying more outrageous cars, why the kitchen we just remodeled suddenly needs a new backsplash and why lottery winners, after the initial thrill of winning, end up about as happy as they were before.

What does this mean for kids and parents? Anything we provide or do regularly will become the new norm, whether it’s postgame milkshakes or a certain brand of clothes. And not doing things can also become a norm: If our kids have gotten used to having their beds made or dinner table set, they’ll come to expect that, too.

“I really think about it as ‘What’s the default that I’m setting up?’ ” says Tess Thompson, a mother of two in Webster Groves, Mo. “My kids’ summer day camp is set up for their nonstop entertainment, so naturally they thought summer Saturdays would be, too.” Thompson had to reset their expectations. “Once the special outings weren’t every Saturday, they actually felt like treats.”

‘You know this isn’t normal, right?’

Six-year-old Allison McElroy invited a friend over to play, but her playmate kept peering around the house. Finally, puzzled, the friend spoke up. “Is this a mini-house?” she asked.

Allison’s mom, Cheryl, tried to keep her voice level. “Uh, no, this is a real house. We live here.”

“Her tone was like, ‘Is this all there is?’ ” recalls Cheryl with a laugh. Her daughter’s new friend lived in a neighborhood of soaring foyers and echoing great rooms, different from the lovely ranch house the McElroys live in. “I really think she’d never been in a one-story house before,” Cheryl says.

The little visitor was experiencing what behavioral scientists call the “availability bias,” which causes us to overestimate the prevalence of something if we see many examples of it. So if everyone at our kids’ school wears $120 sneakers, our kids are going to think that’s normal, not because they’re spoiled monsters, but because it’s what they see every day.

“It’s really challenging, because we’ve chosen to send our kids to nice private schools, and the other kids are coming back from spring break saying they went skiing in Aspen or Jackson Hole, and our kids start to get the impression that’s the norm,” says Josh Wright, a father of three in Takoma Park and executive director of behavioral consulting firm Ideas42. “So we’re always telling them: ‘You know that’s not normal, right? It’s just one little slice of the world.’ ” To give his kids a sense of the wider world, Wright regularly takes them to volunteer at a local soup kitchen; he also chose to live in a socioeconomically diverse neighborhood so his kids would be exposed to a broader range of experiences.

The paper angel in my daughter’s hand read, “Girl, age 6. Wants: Undershirts.” The angel in my son’s hand read, “Boy, age 7. Likes: Dinosaurs.” My lectures about faraway starving children had previously fallen on deaf ears, but on that December day, my kids, then age 5 and 8, eagerly dashed around the store to find just the right gifts. “I think she’ll like these! They have princesses on them!” “Can I get him a sweatshirt, too? I don’t want him to be cold!”

Of course, it wasn’t my fabulous parenting that finally got them thinking. It was what behavioral scientists call the “identifiable victim effect” — the human tendency to respond more empathetically to the plight of a single individual, rather than a large group.

For instance, as behavioral economist Dan Ariely illustrates in his book “The Upside of Irrationality,” you might consider sending a few dollars to victims of a tsunami far away. But if you were walking through a park and saw a little girl drowning in the river right in front of you, you wouldn’t hesitate to plunge in to save her. The vivid, nearby individual always trumps the vague, faraway many.

An awareness of this tendency can help us choose more effective ways to engage our children with those in need. “For kids to internalize it, it needs to be about individual people,” Wright says.

“Come on, everybody, heave!” With a final shove, you and your new neighbors wrestle their piano up the steps and into their house. The husband goes to the kitchen, where you assume he is getting you a beer, and comes back instead with his wallet. “Here,” he says, slapping $20 into your palm. “Thanks for the help.”

Suddenly, oddly, your warm fuzzies fade, and your desire to invite them over for pizza later fades with it. But why? Research indicates that we are more motivated to do things as part of a social transaction than a financial one. When Ariely asked students to move a couch either as a favor or for $10, more students were willing to do it as a favor than for the money: Once money was involved, Ariely writes, they started thinking: “Is this really worth my time? Is $10 enough? Is this guy stiffing me?”

This suggests that paying our kids to do chores isn’t necessarily going to turn out as we hope. True, it will probably work at first, McCready says, and it’s no problem to pay for occasional, large tasks. But for everyday chores, “at some point, you’ll ask them to unload the dishwasher, and they’ll be like, ‘Ehh, I’m good. I don’t really need the money today,’ ” she says. Or, the kids will start negotiating: “How much will you pay me to carry these groceries inside?”

Instead, McCready suggests framing chores as needed contributions to the functioning of the family. “I know cleaning the bathroom isn’t fun, but if we all get to work, we’ll have the house clean by lunchtime. [Hand child a sponge.] Thanks for the help!”