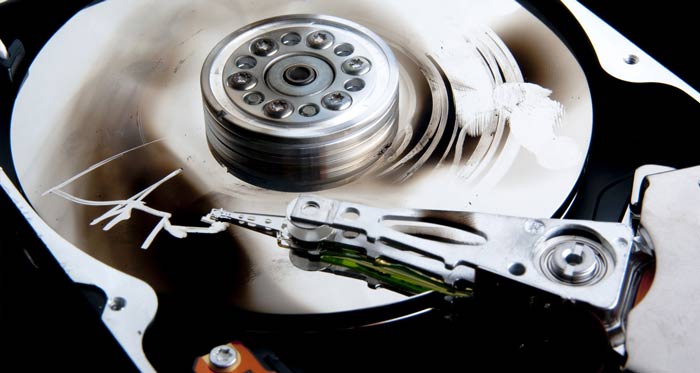 I was on vacation in New York City when I received a phone call from one of my business partners.

My heart dropped. How could it be that during the one weekend I decided to take a short vacation, shit happened?

I immediately called iWeb and filed a ticket. As the iWeb team examined the issue we started getting phone calls and emails from our clients.

Three hours later, iWeb contacted us to let us know someone senior was looking at the issue and at the server room itself. Meanwhile, all of our sites were still down.

After several more hours, we were notified by iWeb that the hard drive in the server (that they manage) was badly damaged. The raid back up was also just as damaged.

We were beyond frustrated and angry. We pay for back ups, raids, and managed support but most, if not all, failed that day.

We instructed iWeb to build a new server immediately so we could transfer the content to the new one, but were told it would take up to eight hours. It took about 12.

Three days later— and hundreds angry emails and phone calls from our clients later— we were able to recover 95% of the content on the server. Four of our team members worked 24-hour shifts to upload the content and despite the delay, we didn’t lose a single client.

I see too many people complaining about problems and not taking action. That is a waste of time.

My team and I knew the server was gone and the hard drive was destroyed. We didn’t waste time asking ourselves how it could have happened. Instead, we focused on the task at hand: getting the server back up as fast as possible.

When I see others wasting time thinking about a problem and not taking action, I like to focus their attention on the task at hand. I often cut people short when they go off on tangents because most of the time, they are just trying to find something or someone to blame. I’ve learned that when you allow for the discussion to go off in another direction, you disengage others who are focused.

So don’t let people kill the productivity in the room.

There is never a sure thing in life, so sometimes you just have to take risks. People are afraid to be wrong. I am too.

In 2009, we had to decide between going with HTML or Flash. We ultimately decided to be a full Flash shop because our vision was to make the internet beautiful. We became one of the best in Toronto helping virtually every agency with their production work.

But that victory was short lived because by 2013, Apple had killed Flash. We became one of the two shops in Toronto still supporting it. By the end of 2013, we waved the white flag and decided to go full HTML— and be the best in that.

Not every decision you make will be the best one— but when you do make decisions, ensure your team supports it and is on board.

When Rudy Giuliani was the mayor of New York City, he had to deal with 9/11. He said, “… If it wasn’t for our relentless preparations, we would not have been equipped adequately to bring the city back in a timely fashion…”

For every hour of work, you need four times the preparation.

I had to give a keynote to an auditorium full of young professionals recently. It was only a 30 min. keynote, but I practice at least 20 times aloud at home, on the street, at my parent’s house, and in the car with my wife. By the 15th time, my wife could recite it.

The result? It allowed me to go through my slides smoothly, engage in eye contact with the audience, and it also made me comfortable because I knew my material inside out.

Similarly, firefighters, police officers, etc. are all afraid of incidents however they have programs in place to run them through these scenarios over and over again to minimize risk when these incidents do occur.

My advice is to go over all the things that may or may not happen— good and bad. Most importantly, know how to prepare for those situations.

If you can cover everything, everything else should be a variation of what you have already prepared.

Understand the Strengths of Your Team

I’m still working on this, but mentors and people I respect have taught me this.

Be honest with your own weakness. Write them down. Share it with your team if you wish, and find others who can be the best at the things you are weak at.

It’s impossible for one person to prepare for everything. In fact, it’s better when you involve your team members to help identify situations you need to prepare for. For one, they know their role better than you do. And two, when they are engaged, they become a part of the company.

Now, my team members write their own standard operating procedures to follow. These things not only help with the quality assurance of some of our digital marketing projects, but it reassures me that I’m not the only one that can do it right.

So build that list, and find your right-hand man who can enable you to do what you are great at.

If you are a visionary that doesn’t carry out your vision then you are a philosopher. So what are you planning for today?